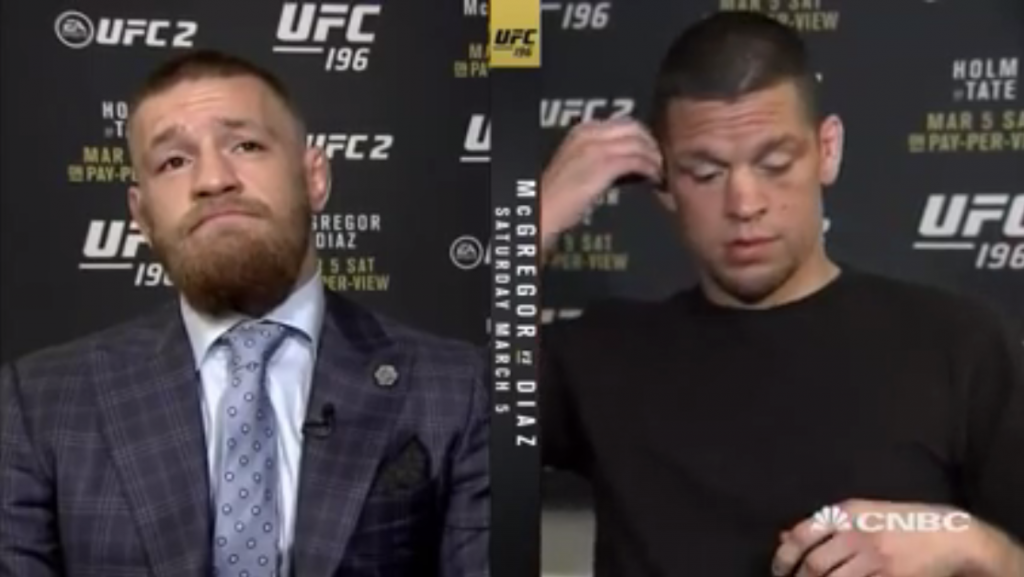 Conor McGregor seemed poised and confident during this interview with CNBC news reporter, but Diaz seemed uncomfortable and worried form the start.  Almost makes you feel bad for the guy.  At one point mid-interview, Nate decides he’s had enough, and walk out.
McGregor continued to charm and even flirt with the reporter.

When asked how the UFC is now bigger than national sports such as the NBA or NFL, Conor replies, “it doesn’t feel like sport… it feels more pure… this to me is not a sport, it’s a business, it’s the business of warfare.”

Nate Diaz walks out during CNBC interview with Conor McGregor. Conor continues to charm. When asked why the UFC is now bigger than the NBA or NFL, Conor replies that it doesn't feel like sport, "it feels more pure… this to me is not a business, it's the business of warfare." #ufc196 #ufc #conorvsnate #ConorMcGregor #natediaz #FightNight

Posted by AndoFitness on Friday, 4 March 2016